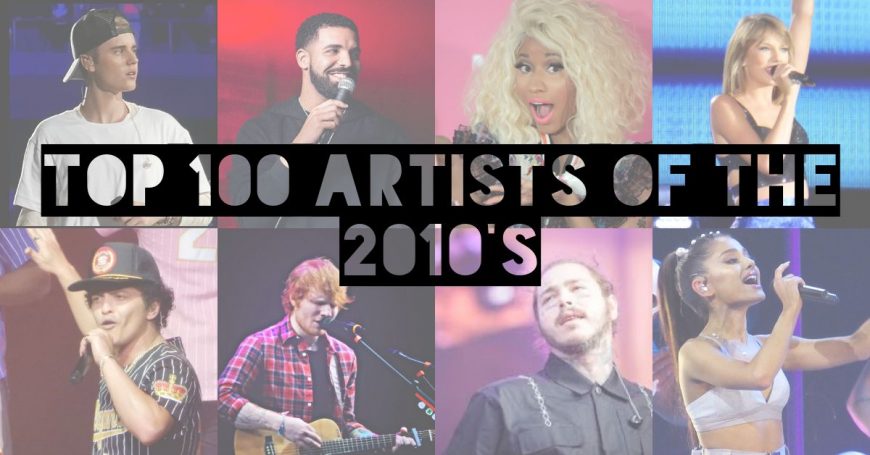 These are the top 100 artists of the 2010's. On this page you will find two different chart types.

Billboard's Top Artists of the 2010's recap ranks the best-performing acts based on activity on the Billboard Hot 100 songs chart and the Billboard 200 albums chart.

To identify the Billboard chart, either the artist's name or chart position will appear in RED.

The Nolan Method totals all points accrued from all songs that entered the Billboard Hot 100 Top 40 from December 5, 2009 through November 30, 2019.

In the case of collaborations, each credited artist was given the total points a song earned.

To identify the Nolan Method 2019 chart, either the artist's name or chart position will appear in GREEN.

Panic! at the Disco