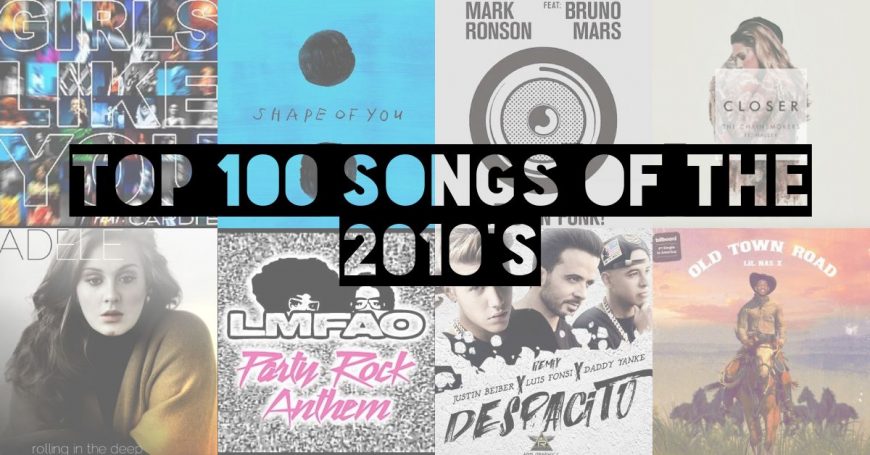 These are the top 100 songs of the 10's. On this page you will find two different chart types.

On decade-end Hot Songs, titles are ranked based on an inverse point system, with weeks at No. 1 on weekly charts earning the greatest value and weeks at lower positions earning the least.

Due to changes in chart methodology and title turnover rates over the decade, certain periods were weighted differently.

To identify the Billboard chart, either the artist's name or chart position will appear in RED.

The Nolan Method totals all points accrued from all songs that entered the Billboard Hot 100 Top 40 from December 5, 2009 through November 30, 2019.

To identify the Nolan Method 2019 chart, either the artist's name or chart position will appear in GREEN.

Using an inverse point-based system, songs earn points for each position that they're in within the Top 40. Songs at #1 earn 40 points all the way down to 1 point at #40.

A song can earn bonus points if it debuts on the chart within the Top 40. If a song debuts between #11 and #40, the corresponding points for that position would be double with 10 points added.

Example: A song entering the chart at #38, earns 3 points. This would be doubled to 6 points plus 10 making the total score for that week 16 points.

If a song debuts within the Top 10, its entry points would be doubled with 20 points added.

Example: A song debuts on the chart at #1 earning 40 points. The points are doubled to 80 plus 20 for entering in the top 10 giving the song a 100 total for that week.

Bonus points can only be earned on a song's debut week within the 40.

We welcome to you to join our Top40Weekly Forum to discuss the charts with like-minded enthusiasts.

This list is a side by side of Billboard's top songs of the 2010s and Jarrett Nolan's cumulative point method (aka the Nolan Method).

Panic! at the Disco